No date fixed for NASS reconvening on budget- Saraki, Dogara

The leadership of the National Assembly has said the Assembly cannot reconvene now to consider the 2019 general elections budget proposals before it until the joint committees set up to consider the proposals complete their work.

Bukola Saraki, the president of the Senate and Yakubu Dogara, House of Representatives Speaker in a joint statement Tuesday said based on this no date has been fixed for the two Chambers to reconvene.

The statement signed by Yusuf Olaniyonu and Turaki Hassan, the media aides to both leaders respectively, emphasised that so far, no meeting of the joint Senate and House Committees on Electoral Matters, Appropriation, Loans and Bonds had taken place to prepare the ground for National Assembly resumption.

According to the statement, until the Committees have a ready report for the consideration of the two chambers, it will be most irresponsible to recall members from recess especially those that may have travelled to Saudi Arabia for the Hajj.

Read the four-paragraph statement below: 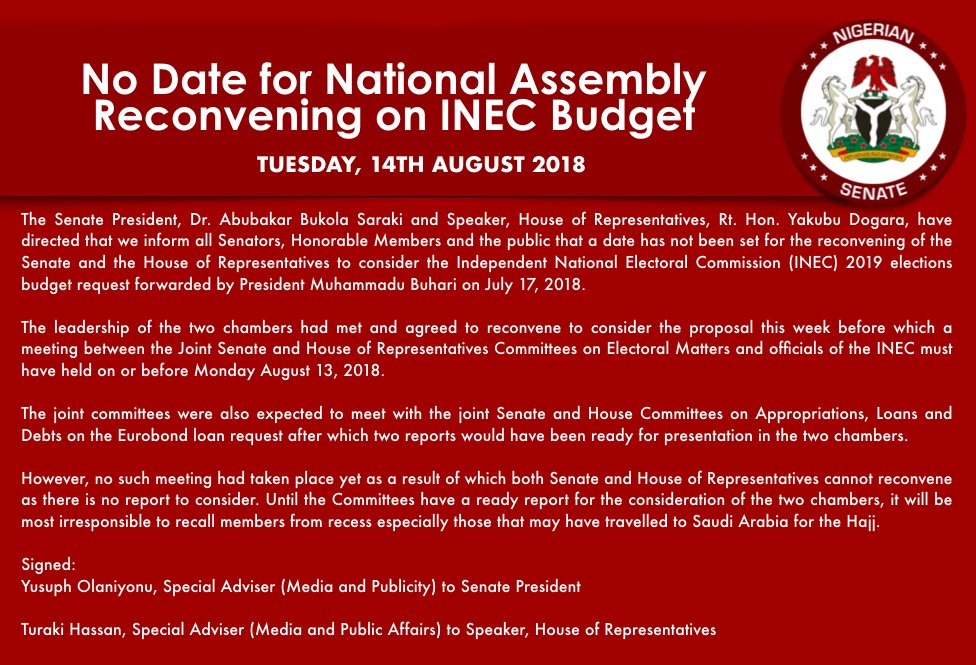 Dauragate and the shame of a nation - Reuben Abati