John Udomboso, a Nigerian music producer, popularly known as ‘Young John has revealed the secret to his successful music production.

In an interview with News Agency of Nigeria (NAN) Thursday in Lagos, the producer said developing a creative mind was the main ingredient for producing songs capable of becoming hit tracks and such power could not be overemphasised.

He said this was because the composition of music starts from the mind and is perfected in the soul of the individual.

According to Udomboso, the power to be creative and produce good music can be developed by actively listening to songs, reading books of diverse musical interests and meditating on lyrics. “Music production is very interesting because the producer will always feel the vibes of the song.

“The producer will also interact with the artist to know how to go about producing the song. “It is only the power of creativity that can give a producer an edge over other talented producers in this profession, ” he said.

The producer advised his contemporaries to be focused while making efforts to translate their dreams into reality. 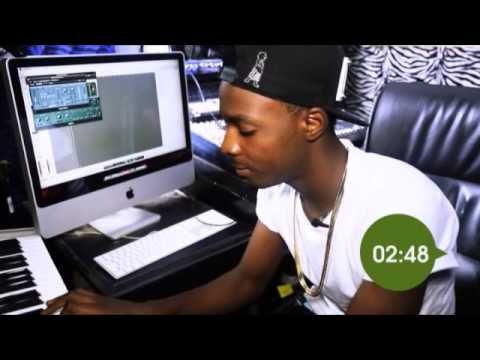 Udomboso, who is best known for producing the critically acclaimed single titled “Story For The Gods” off Olamide’s Street OT album, also implored them to learn how to deal with rejection saying that would eventually pave the way for their success in the entertainment industry. “You have to learn to remain focused on what you want to achieve in life. Your concept will be rejected many times for lacking depth or originality.

“However, do not let such discouragement dissuade you instead, see it as a challenge to spur you into becoming better at what you do.”

Udomboso said that when he started producing music as a greenhorn, he sold his first beat for N5, 000 “At present, I sell for as much as N800,000 per beat.

“The increment in price did not happen overnight but it took consistent effort on my part to remain focused and dedicated to what I was passionate about, “he said.

Udomboso advised up-and-coming producers to get mentors in the music industry. He said that they would follow and learn from such mentors what it takes to attain proficiency in producing sounds.

“Young artists need people that will believe in their dreams and bring them into reality. “That is where a mentor comes in handy who will guide the youth into achieving their dreams.

“All you have to do is humble yourself enough to acquire knowledge from them, ” he said. Udomboso also advised young artists to seek education just as they develop their innate talents for music production because education added value to a person.